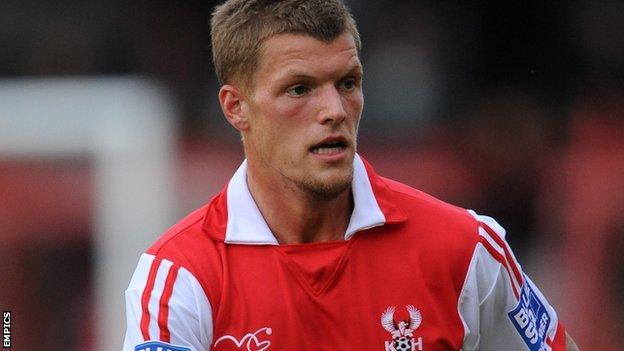 Kidderminster kept the pressure on the Blue Square Bet Premier's top two after coming from behind to thrash Tamworth.

Adam Cunnington's close-range finish gave the Lambs an early lead but Keith Briggs levelled eight minutes before the break with a shot from 10 yards.

On his home debut for the Harriers, Michael Gash made it 3-1 with a tap-in before heading in a second late on.

Steve Burr's Harriers remain third, three points behind leaders Mansfield, who won at Forest Green on Friday night. But they are now just one behind second-placed Wrexham, who drew with Luton.

"For them to score so early knocked us and to get back level, then to score just before half-time was really important.

"Tamworth battled well. There was a lot at stake with it being a local derby as well, but in the second half we kept the tempo we needed to win the game.

"All we can do now is concentrate on what we do. We just need to win as many games as we can and hope that Mansfield and Wrexham slip up.

"We've now got to go to Newport on Tuesday night and look to be right again, as we have been for the last two months."