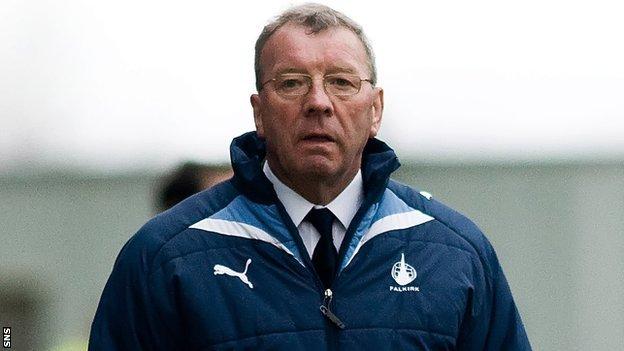 Smith, who has been Falkirk's technical director, will be assisted by coach Stevie Crawford.

"We are very fortunate to have Alex and Stevie in post to give us continuity until a new manager is appointed," Falkirk chairman Martin Ritchie told the club's official website.

At 73, Smith is the oldest manager in Scottish football and has had spells in charge of Aberdeen and Dundee United, among others.

As well as 10 remaining league fixtures this season,