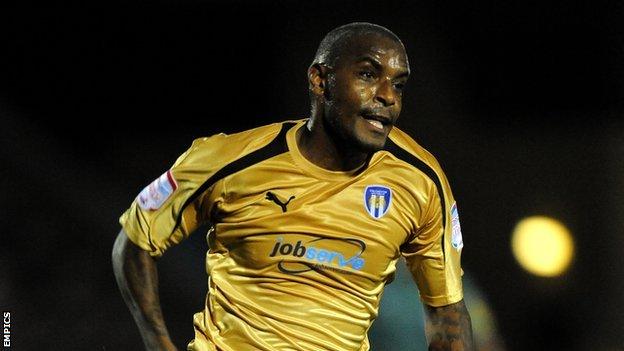 Colchester United striker Clinton Morrison has promised to strive to keep the club up in order to salvage the "worst season" of his career.

The 33-year-old Republic of Ireland international has only started just 11 League One games, scoring once.

"I'll be honest and frank. I don't think I've been anywhere near what I've been capable of this season.

"I've got the last 10 games to put it right and keep the club up," Morrison told BBC Essex.

He was brought to the club by former boss John Ward last summer on a free transfer from Sheffield Wednesday.

However, he fell out of favour after starting the first four league games, but now has a chance to lead the line for Joe Dunne's side - who are three points above the relegation zone - with Jabo Ibehre suspended for three games.

"It's not been the best season for me for whatever reason. It's probably been the worst season I've had in my career," said the former Crystal Palace, Birmingham City and Coventry front man.

"Under the old manager he had a system with one up front, but I thought we were going to play it into my feet, not into the air. That's not my game. I've not played like that in my career. That's not to make excuses.

"But Jabo's come in and it has suited him because he is a big lad. Fair play to him."