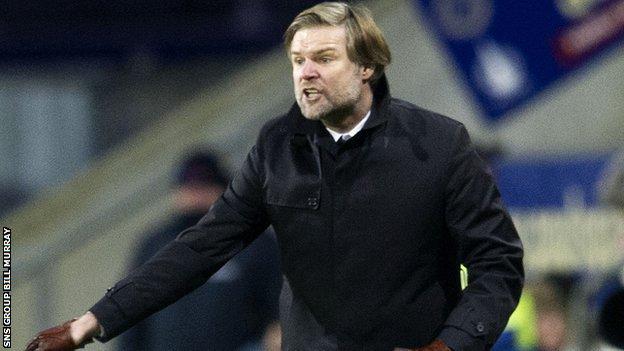 Coventry have appointed Falkirk boss Steven Pressley as their new manager on a three-and-a-half-year deal.

The Sky Blues have agreed an undisclosed compensation package with the Scottish Division One side.

The 39-year-old former Scotland centre-half, who spent a season as a player at Highfield Road in 1994-95, had been in charge at Falkirk for three years.

"We wanted someone who could come in and hit the ground running," said development director Steve Waggott.

"We have 10 very important games left this season.

"But we also wanted somebody who would take us forward into the future and prioritise youth development and the club's role in the community.

"Steven ticked every single box and I know everyone at Coventry City - from supporters to staff - will get right behind him."

But Coventry plumped for Pressley to maintain their push for the League One play-offs started by Mark Robins, who departed for Huddersfield three weeks ago.

"We have, once again, undertaken a very thorough process since the departure of Mark Robins to identify the number one candidate for the job," added Waggott.

"Steven is a hungry and highly ambitious young manager and we have all been very impressed with him and his record so far.

"We would like to thank Falkirk for the way they have handled the situation. I know exactly what it is like to get a call like the one I made to their chairman - and it's not very nice."

Pressley's first game in charge will be Saturday's trip to Scunthorpe.