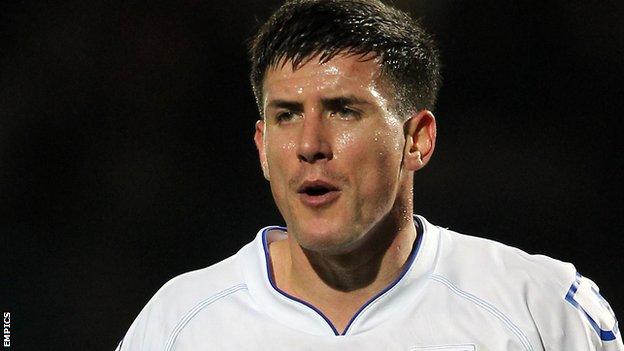 Preston North End full-back David Buchanan is relieved to be back in the team following the arrival of manager Simon Grayson.

The 26-year-old lost his place to teenager Ben Davies in the final weeks of Graham Westley's time in charge, but has started the last three games.

"I wouldn't say I wasn't happy, but I've been happier," he said.

I'll hold my hands up, I could have done a lot more since I've been here, under Graham as well

"I don't think he rated me as a player as much as when he first brought me here, that's just as simple as it is."

He continued: "Under Graham I came into training and gave it my best shot every time and when I played I always tried to give 100%.

"Since the gaffer [Grayson] has come in, I just feel as if I'm playing with a bit more freedom and his style of play suits my style of play."

Buchanan moved to Deepdale at the start of the season from Tranmere, where he was voted as the club's player of the year, having begun his career by playing more than 200 games for Bury before a short spell with Scottish club Hamilton.

"I'll hold my hands up, I could have done a lot more since I've been here, under Graham as well," he told BBC Radio Lancashire.

"That's gone now and it's all forgot about, I've got another year and I'm looking to kick on under the new regime."