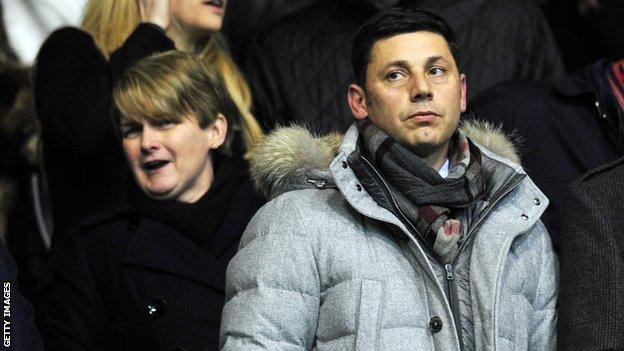 The club announced a £900,000 profit for the final six months of 2012, which would comply with the new regulations.

Cortese said: "We believe very strongly that each club should continue to be permitted to run their business as they see fit."

Southampton were one of six top-flight clubs that voted against the controls.

Despite Southampton's profit, and a wage bill that is 59% of turnover, the Italian believes allowing clubs to operate without restriction "is fundamental to the future integrity of football".

The South Coast side, who achieved back-to-back promotions to return to the Premier League this season, paid £5.3m in bonuses last year, while wages nearly doubled.

But their total revenue for July to December 2012, excluding player trading, nearly trebled to £33.1m from £11.6m.

Under no club will be allowed to make a total loss of more than £105m over the next three seasons and must limit their player wage bills from next season.

Clubs whose total wage bill is more than £52m will only be allowed to increase their salaries by £4m per season.

Clubs could face a points deduction if they breach the new controls.