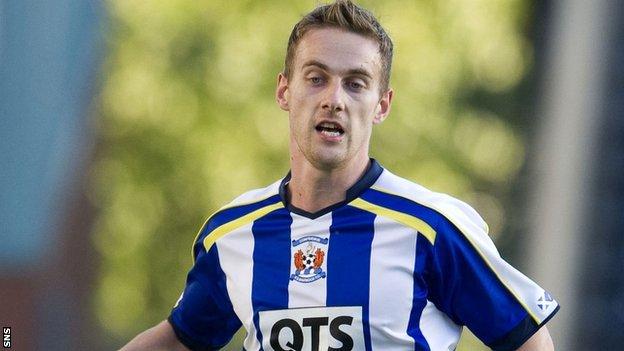 Striker Rory Boulding has signed for Dundee United on a short-term deal until the end of the season.

The 24-year-old Englishman began the current campaign at Kilmarnock, but was released in January.

"With Johnny Russell's injury, we are short on forwards and when I heard Rory was available I moved quickly to bring him in for a trial," said Dundee United manager Jackie McNamara.

"He has shown me he can offer us something with his energetic and busy style so I'm delighted to have him sign a contract," McNamara added.

"He's fit enough to be considered for action immediately and I think he offers us a different presence from what we have available currently.

"He's keen to show he deserves a longer deal so this deal makes sense for both parties."

Boulding said he was delighted to be given the chance to impress at Tannadice.

"The ability within this squad is excellent and I want to be part of that," he added.

"The manager has a vision of how he wants to take this club forward and to be offered the chance to be involved is something I'm looking forward to.

"I'm sure the United fans will enjoy my style of football and I know that we have a great opportunity to have a magnificent end to the season; I will do my utmost to ensure that."