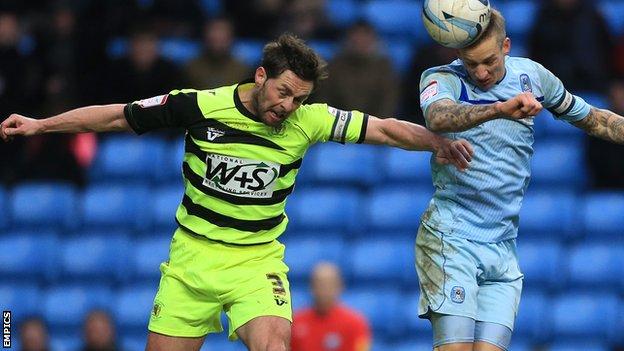 Yeovil manager Gary Johnson says captain Jamie McAllister is "upset" to be the subject of an inquiry by the Football Association.

The FA confirmed to BBC Somerset that it was investigating an incident which occurred after the final whistle in Saturday's 1-0 win over Tranmere.

"We didn't know until some time after the game that somebody may have complained," Johnson said.

"I've spoken to Jamie and he will deny any allegations made against him."

Johnson said the club had not yet been contacted by the FA with regards to the incident, the details of which have not been specified.

"It seems it's one word against somebody else's. You trust the officials to do the right thing.

"It's not very nice to have that sort of thing hanging over you."

McAllister, 34, is in his first season at Huish Park, having joined from Bristol City last summer.

The Scotsman spent six seasons at Ashton Gate and has also had spells at Livingston, Hearts, Aberdeen and Queen of the South.