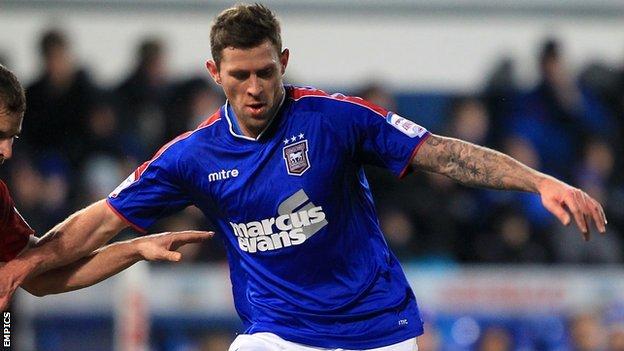 Forward Daryl Murphy has said he will take a pay cut to join Ipswich Town permanently from Celtic in the summer.

The Irishman is on loan at Portman Road until the end of the season, when his contract at the SPL side expires.

"I wanted to go and play football at Celtic - I thought I would play football there," the 29-year-old, who has scored six goals in 35 games this term, told BBC Radio Suffolk.

Daryl Murphy is currently in his third loan spell at Ipswich

"I took a pay cut and I would do it again to play."

Murphy left Sunderland for Celtic Park in 2010, but has made just nine league starts for the Glasgow club.

He spent the whole of last season on loan at Ipswich and, after returning again for the current campaign, is hopeful of being a Town player next season, even if that means taking a drop in salary.

"I took a hit to go to Celtic," he said. "If that was the case [money being important] I'd still be at Sunderland, picking up my money. I had two years left there before I went to Celtic.

"My contract at Celtic is up in June. After that we'll see what happens.

"Yes, I'd like to stay [at Ipswich]. It's obvious now, I've been here so long I feel like I'm part of the furniture.

"I'll talk to the gaffer [Mick McCarthy] - it's his call. When we're safe we'll talk about it."