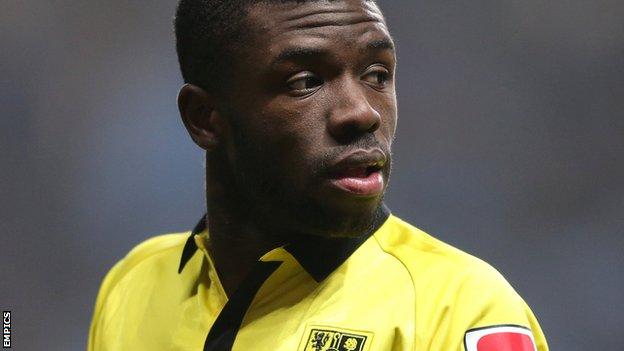 Winger Abdulai Bell-Baggie has signed a new contract with Tranmere Rovers, keeping him at the club until 2015.

The 20-year-old at the start of the season and has scored twice in 24 appearances.

Bell-Baggie is the fifth player to agree a new deal since the turn of the year, with Max Power, Cole Stockton, Jake Kirby and Danny Holmes also committing themselves to Rovers.

He told the club website: "When he's on top of his game, he's a nightmare for defenders and he's given quite a few full-backs headaches this season.

"He's got a great attitude and has fitted in well with the rest of the squad. I'm delighted he'll be here for the next two seasons."

Meanwhile, Moore has also confirmed that on-loan striker Mamady Sidibe will miss the next three games with a hamstring injury.