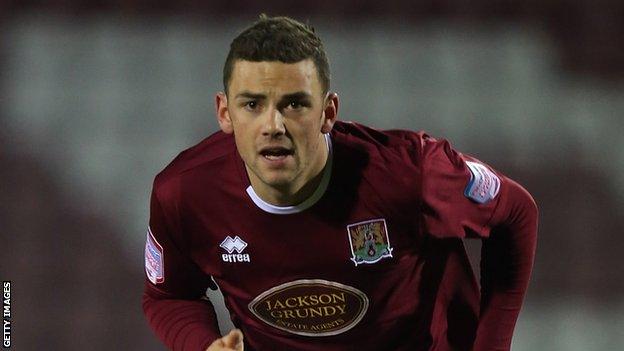 League Two leaders Gillingham have completed the signing of Hull City defender Danny East on loan until the end of the season.

The 21-year-old made 19 appearances during a spell at Northampton Town earlier this term.

"He can play in both full-back positions or in midfield and we are a bit short at the moment," Gills boss Martin Allen told BBC Radio Kent.

"We have four games in 10 days so he will go straight into our squad."

Allen added: "I saw him play for Northampton earlier in the season.

"He played full-back and I circled him on my sheet of paper - he's aggressive, athletic, hungry and has a good attitude.

"He's a character, a winner, he's tenacious and bombs forward - he will be good for us."

Meanwhile winger Ryan Williams has been recalled from his loan spell at Priestfield by parent club Fulham.