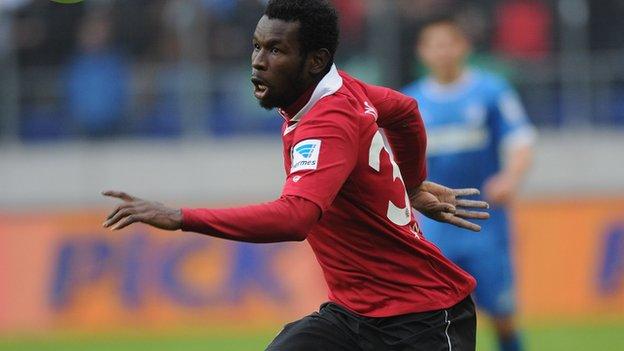 Senegal striker Mame Diouf has turned down an offer of an early contract extension from Hannover.

Reports say Diouf wanted a clause that would allow him to leave at the end of the season for a set transfer fee but the club would not agree.

The 25-year-old's current deal expires at the end of next season.

He has been linked with a move to Borussia Dortmund as a possible replacement for Robert Lewandoski, should the striker leave the club at the end of the season.