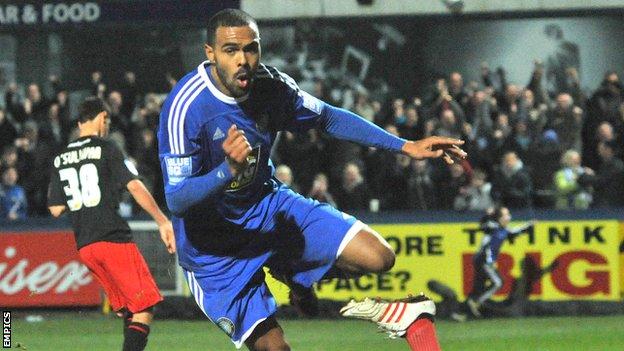 Macclesfield manager Steve King said he was pleased to see Matthew Barnes-Homer end his barren spell in front of goal with the winner against Lincoln City.

Barnes-Homer found the net for the first time since in the third round of the FA Cup in January.

King told BBC Radio Manchester: "You can see the weight off his shoulders.

"He's taken a lot of stick and he wasn't getting that before Christmas when he was scoring every week."

The Macclesfield boss added: "Hopefully it can kick him on again now.

"You can make a decision where you take him out of the team and then does his head go completely?

"Or do you keep him in and hopefully he'll get the goal that can get him going again? We've stuck with him and he's scored the winner."

Ex-Luton front man to deny former Macclesfield boss and newly-appointed Imps manager Gary Simpson a win on his return to the Moss Rose.

The Silkmen are seventh in the Blue Square Bet Premier, but lie 13 points from a play-off place with just 12 games left to play.