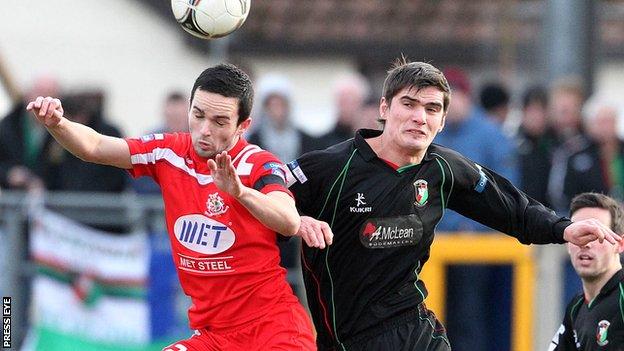 The IFA's Challenge Cup Committee has announced the venues and kick-off times for this year's Irish Cup semi-finals on Saturday, 6 April.

Glentoran will play Portadown in the first of the last-four matches at Windsor Park at 12:30 BST.

Cliftonville will then face Crusaders or Lisburn Distillery at the The Oval at 16:30.

The Crues and the Whites play their fourth round replay at New Grosvenor on Tuesday night.

The Irish Cup final will take place on Saturday, 4 May.