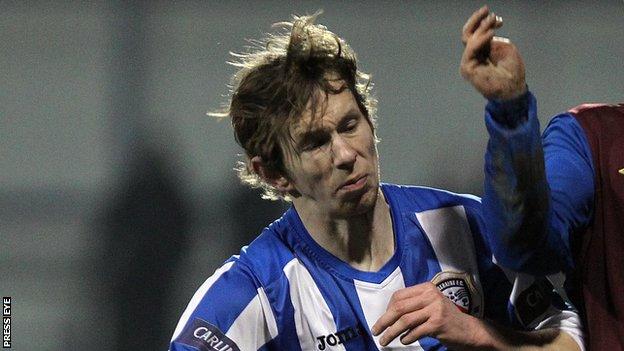 Coleraine defender Johnny Watt's season is over after he suffered a broken right arm in Saturday's Irish Cup defeat by Portadown.

Left-back Ryan McIlmoyle will miss Saturday's league clash with Crusaders at the Showgrounds after receiving four stitches in a leg wound.

On the plus side, skipper David Ogilby is eligible to return to the heart of defence after suspension.

Coleraine go into Saturday's game fifth in the Premiership table.

Dungannon manager Darren Murphy said that he was delighted that the quintet had "committed their immediate futures to the club".

"It's a step forward in the right direction and hopefully we can retain the signatures of a few more of our players in the coming days and weeks," said Murphy.

"This is also a massive boost ahead of our remaining fixtures in the league as we push on to secure our premiership survival."