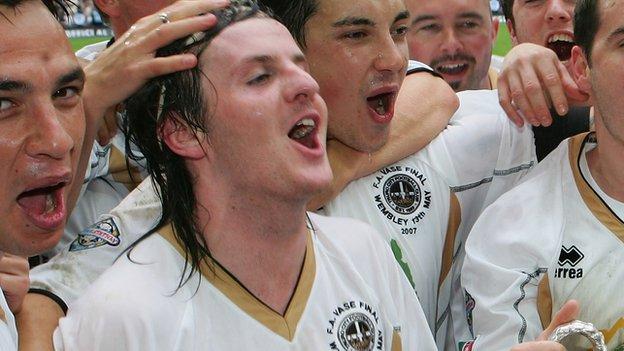 Truro City striker Stewart Yetton is closing in on a return to the side after a knee injury.

But manager Lee Hodges says Yetton is pushing for a place in his squad.

"He's close, but he needs to get that confidence back in himself and his knee as he's been out for quite a while now," he told BBC Radio Cornwall.

"We don't want to put a timescale on it, but he's very close. Last Thursday we were umming ands ahhing as to whether to stick him on the bench."