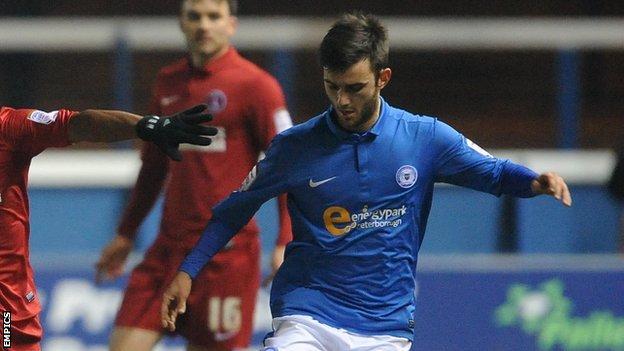 Posh came from behind to draw 2-2 with Charlton and secure what could be a vital point at London Road on Tuesday.

"The boys here know what pressure is and that sort of experience is vital."

Payne, who was brought in by Peterborough manager Darren Ferguson from League One Gillingham at the end of the January transfer window, said the players were disappointed not to have beaten Charlton.

The result leaves Posh second from bottom of the Championship, but just two points from safety with a game in hand on Wolves, the club currently sitting one place above the relegation zone.

"On the balance of play we should have won, so it's an opportunity missed," said Payne.

"It makes Saturday's game at home to Ipswich massive, but the players are used to either challenging for promotion or fighting relegation.