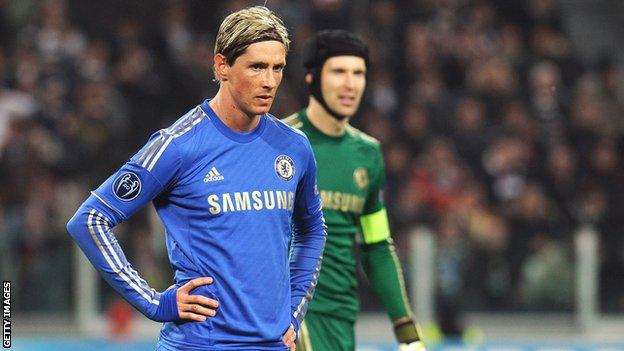 Chelsea chief executive Ron Gourlay has stressed the significance of qualifying for the Champions League next season.

The Blues won the competition in 2011-12 but fell at the group stage this time and are fourth in the Premier League table.

"Achieving one of the Champions League qualification slots is very important to this football club," said Gourlay.

He confirmed a decision over Rafael Benitez's position as interim manager will be made in the summer.

Benitez was appointed in November on a deal until the end of the season, but he has proved unpopular with sections of the Chelsea support.

It was in the aftermath of victory at The Riverside that he would be leaving Stamford Bridge in May.

"We said from day one that Rafa was coming in as interim manager to the end of the season," said Gourlay.

"It is important we remain focused on the job in hand, which is qualifying for the Champions League, and then at the end of the season we will sit down, have a look at the situation and determine how we go forward."

Chelsea have contested the Champions League in each of the last 11 campaigns and, despite finishing sixth in last season's Premier League, a maiden European Cup triumph secured their place this time around.

As things stand, Bentiez's men will take the Premier League's fourth and final berth - they are two points behind third-placed Tottenham and five ahead of fifth-placed Arsenal.

"Our whole philosophy is based on success on the football field and we have been doing everything in our power to ensure one of these slots," added Gourlay.

"We want to be pitting ourselves against the top clubs in Europe next season."