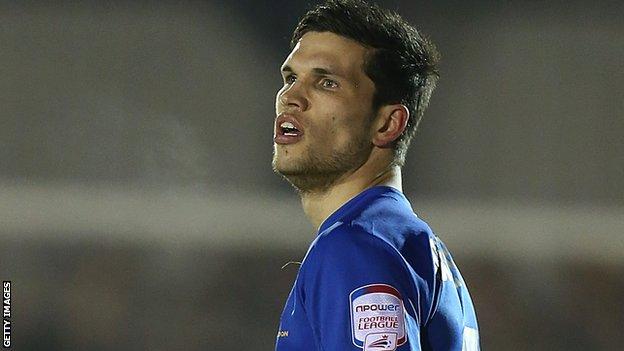 AFC Wimbledon came from a goal down to beat Southend.

Balkestein made amends three minutes later by heading in a corner before former Southend loanee Jack Midson nodded home at the near post.

Substitute Luke Moore sealed three points for the Dons, scoring with his first touch from 20 yards out.

"I'm in disbelief. Saturday [Southend won 2-1 at promotion-chasing Port Vale] we had a great performance. I stuck with certain players, picked the same team with the same tactics and it's like watching different people play.

"We looked lethargic, sloppy - we weren't up for the fight. We got exactly what we deserved.

"We've had two or three of these types of the games. It seems to be the mental approach to the game. We seem to saunter along at times.

"We don't grab the game by the throat."