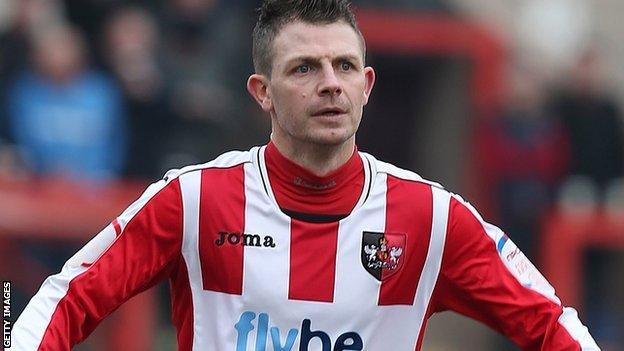 Gillingham remain five points clear at the top of League Two after earning a draw at promotion hopefuls Exeter City.

The hosts had the best opportunities but 20-goal top scorer Jamie Cureton had an effort blocked by Stuart Nelson and also twice fired over the crossbar.

Matt Oakley missed the target, a Jake Gosling attempt was deflected over and Scot Bennett was denied by Nelson.

Gillingham, now unbeaten in 11 away league matches, could have won it but Danny Kedwell's hooked shot went wide.

"It was a big result. Did we play great individually? Not really.

"Without playing great ourselves, it was a clean sheet, a great point and they're just a little below us in the league, so it was a good night.

"We played some good football. We tried to keep the ball and move it about because they're not an easy team to play against down here."