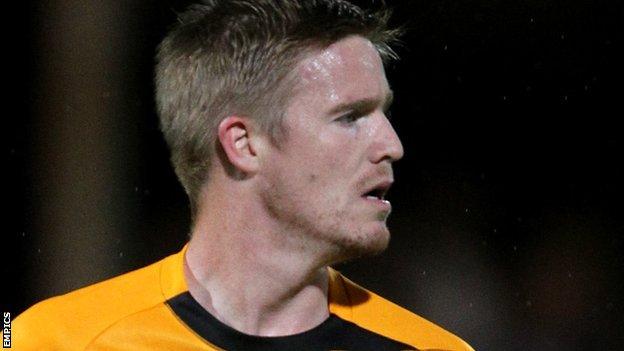 Michael Gash scored his first goal for Kidderminster as Harriers kept up the pressure on leaders Wrexham by beating promotion rivals Grimsby.

Gash doubled the lead before half-time by firing in Lee Vaughan's pull back.

Ian Miller's strike from inside the area made it 2-1 before Malbon tapped in his ninth goal in eight games to restore Harriers' two-goal cushion.

Harriers' third goal ensured they remained above Mansfield on goal difference, with the top three in the Blue Square Bet Premier now all on 68 points.

Gash's first goal for the club was in his second game since joining on loan from Cambridge.

"We weren't good enough in the vital areas of the pitch.

"Every team concede goals but the second one killed us just before half-time.

"We probably had 20-25 minutes of the second half but the rest of the game was theirs.

"I'm disappointed with the way we sort of lacked a little bit of drive even in the last 15 minutes. Even though it is 3-1 we believe as a team that we can still come back from that."