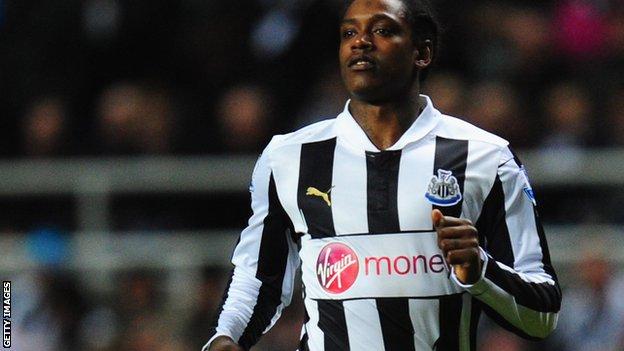 The 21-year-old had made over 50 appearances for the club following his debut in August 2009, with the majority coming as a substitute.

He scored three goals for Newcastle, and had loan spells at Barnsley and Sheffield Wednesday in 2011-12.

His final appearance for Newcastle came as a second-half substitute in their 2-0 defeat at Brighton in the third round of this season's FA Cup.

Ranger was arrested on suspicion of rape in January and later released on police bail.