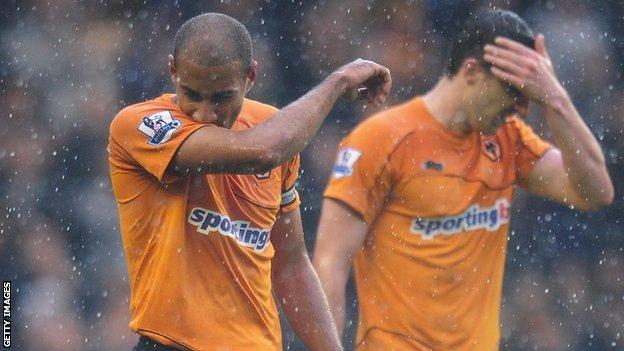 Only 12 teams have ever been relegated from the top flight to the third tier in successive seasons in the 125-year history of the Football League.

Having won the League Cup and finished sixth in Division One in 1980, Wolves' fortunes soon took a turn for the worse. The club were relegated in 1982 and after almost going out of business the following year they were taken over by the Bhatti brothers.

The club won promotion at the first attempt but finished bottom of Division One before suffering a second successive relegation in 1985.

By the summer of 1986 Wolves were a Division Four club and the Bhatti brothers' reign came to an end when they were put into receivership. But the end of the 1980s brought a resurgence, Graham Turner's Wolves winning the Division Four and Three titles in 1988 and 1989.

No team has managed the feat twice.

But that is one unwanted record which could be coming Wolves' way if they maintain their current descent towards League One.

Dean Saunders' arrival to replace the sacked Stale Solbakken in January has so far failed to arrest their slide. He has not won in his eight games in charge of a Wolves side who have not won since before Christmas.

The Welshman has only secured four points out of a possible 24, leaving Wolves in the Championship drop zone, two points adrift.

Between 1983 and 1986, Wolves went down three years on the trot. And fans fear that history could be about to repeat itself.

This time around there seemed no hint of what was to come when they won 1-0 at Blackburn on 6 October to go third in the Championship. So just what has gone wrong at Molineux? 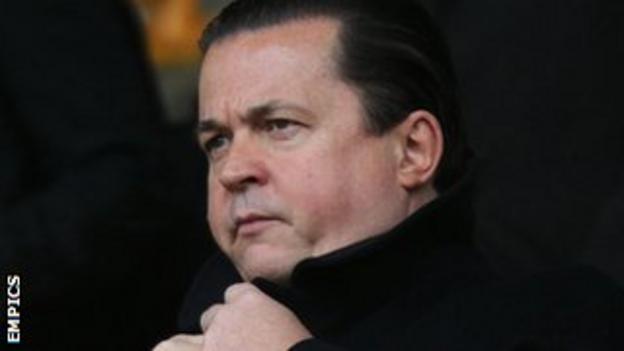 "Everyone understands why we were forced into selling Steven Fletcher and Matt Jarvis in the summer.

"They were downing tools and wanted away. And they had clubs who were prepared to pay incredible sums of money for them.

"We bought in seven new players, hoping we would be competitive enough to challenge for promotion.

"Relegation is not unthinkable. It's happened here before. It all depends how your team performs on the field of play. The table doesn't lie.

"Having seven, eight or nine players sat on the side twiddling their thumbs is not conducive to team spirit and the right environment for success.

"But I'm hoping that this team will get up the league to a point where relegation isn't even on people's minds.

"Let's address the summer when we get there. We'll cross the bridge at the end of the season, whatever happens. But I won't be resigning - I've got a job to do here." 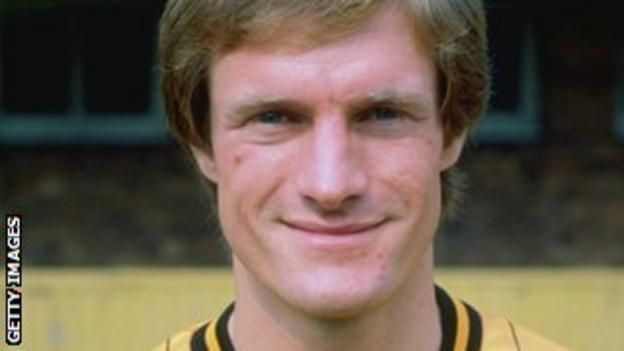 "It's a world apart from the mess Wolves were in off the field when we went down from the top flight and I left in 1984. They really should not be in this mess.

"Dean Saunders is just starting to realise what a big job this is.

"Steve Morgan has made his mistakes. The time for Mick McCarthy to go was the end of the previous season. And, while Terry Connor's a lovely bloke, he's not a manager.

In 1995, Swindon Town were the last team to fall from the top flight to English football's third tier in consecutive seasons

"The dressing room doesn't feel very strong and confidence looks shot. But they're not getting beaten by many and, if they can grasp the mettle and make a few changes, they might still have a chance of staying up.

"But the only consistent thing about this side is their inconsistency. And, if they carry on as they are, they'll go down." 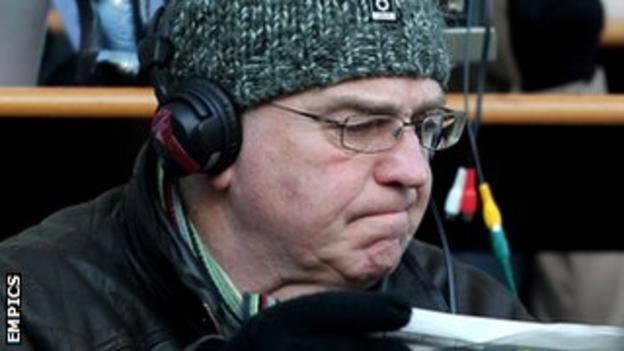 "Steve Morgan is perfectly entitled to remind the fans how much money he has put into Wolves and I don't blame him for the veiled threat that he could walk away.

"On the whole he has served the club well. I particularly like the way he clearly respects the club's great traditions, the recently opened museum being a prime example.

"But his poor decision making in one area over the past year is in danger of obscuring the sound work he's done since taking over in 2006. The most important job for a chairman/owner is to get the right manager. On that basis, Morgan has failed.

"The timing of Mick McCarthy's sacking, when the transfer window had not long shut, was faulty.

"We'll never know why he went cold on a proven manager like Steve Bruce or failed to sell the club to Alan Curbishley, or why he then opted for Terry Connor.

In the last 12 months, Wolves have a win ratio in league matches of 19% - better than only four other clubs in English football's top four divisions, Portsmouth, Bury, QPR and Aston Villa

"The appointment of Stale Solbakken was imaginative, but why curtail his time so swiftly? Solbakken deserved more time.

"Dean Saunders will get time to turn it around. Morgan has a lot riding on him and he'll be determined to make it work. If Wolves can survive relegation, Saunders has bold plans for next season and the drive to carry them forward. He'll have boardroom support.

"It'll be a close-run thing if relegation is to be avoided and the players will need to take a long, hard look at themselves. So will Morgan. But I don't believe he should be hounded out.

"As Roy Hodgson said about those baying Wolves supporters outside Molineux when his Albion side's 5-1 win had just seen off Mick McCarthy, be careful what you wish for." 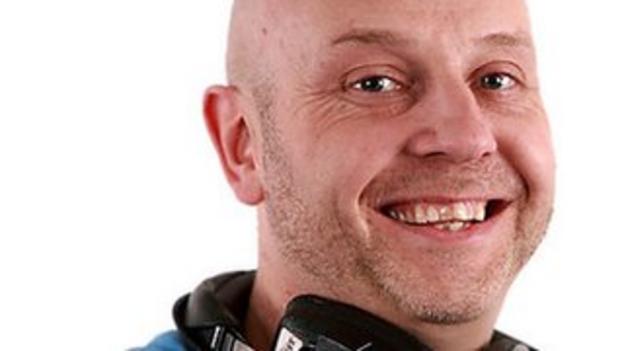 "This is worse than the 1980s. Back then, we were so skint we couldn't afford to pay the milk bill and we had a bunch of honest, young players who gave everything but, ultimately, were mainly non-league standard.

"This time around we're backed by a multi-millionaire owner and the squad still includes a large number of ex-Premier League performers. It's a never-ending nightmare and all so unnecessary.

"At times like this it's natural to look for a scapegoat, the one person who we can all blame for one of the most turbulent and traumatic 12 months in the club's history. The truth, though, is that it has been a collective failure.

"Owner Steve Morgan may know a lot about houses, but his footballing decisions have been catastrophic.

"Mick McCarthy was sacked too late. And to replace him with his assistant Terry Connor was ridiculous.

"After the inevitable relegation, what was then needed was a proven Championship manager. Instead, Stale Solbakken baffled and confused his players with a philosophy and tactics which left everyone scratching their heads.

"With Solbakken binned, we then got a man who took Doncaster down from the same division last season. Another gamble which, so far, has failed. Dismally.

"Maybe if Solbakken and Saunders had been backed financially things may have been different.

"Instead of building a team, he opted to build a new stand.

"Also culpable are the players. Once young, hungry footballers, now millionaires. If points were handed out for talking a good game then Wolves would be pushing for a Champions League place.

"A major clear-out is needed. These players have been here too long and have gone mouldy. They now have 12 matches to get out of this sorry mess."