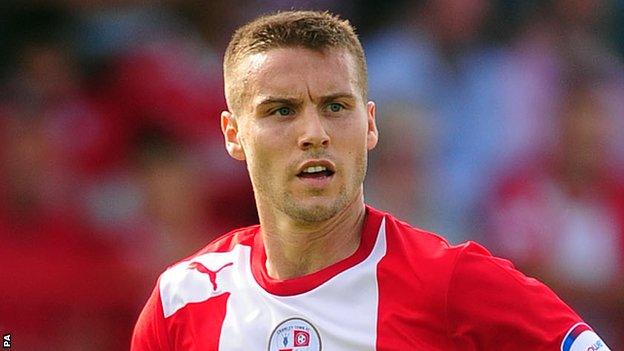 Jon-Paul McGovern gave the visitors the lead in stunning fashion, with an incredible 40-yard free kick which hit the underside of the bar as it went in.

But Sadler restored parity 11 minutes after the break when he rifled home from the edge of the area.

Jamie Proctor could have won it for the hosts, but headed Nick Adams's cross harmlessly over the bar.

"I thought we were fantastic.

"I think our current form over the last five to six weeks has been the best this season.

"The team were disciplined, determined and organised, it was tough to break us down.

"I've asked the team to go out and do something, and in terms of our performance, the way we are playing, I think is the best ever seen at this stadium."