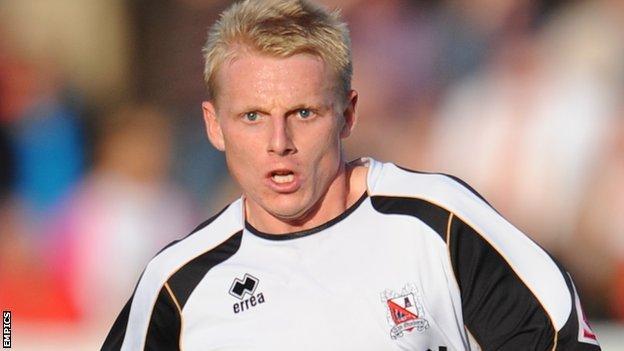 The hosts had the best of the first half, James Curtis, Ryan Donaldson, Jamie Chandler, James Brown and James Marwood all missing chances in the fog.

Harriers could have gone ahead when Adam Bartlett saved from Lee Vaughan.

But Chandler's powerful shot put the Heed 1-0 up before Liam Hatch finished from Chandler's cross for the second.

Steve Burr's Kidderminster, who began the season with five defeats and took only five points from their opening 10 league matches, remain second, three points behind leaders Wrexham, who also have a game in hand.

Gateshead, who had to switch the game to York because of the state of the pitch at the International Stadium, move from 22nd to 18th.

"We've been on a fantastic run and, for every win we've had, it has always been harder to get the next. But I've got no real complaints. We just looked a bit lethargic. We didn't create enough.

"We had the best chance of the first half when Marvin Johnson should have scored. We picked it up a bit second half but we weren't worthy of anything.

"I couldn't see much on the far side because of the fog, but it did us a favour having the game switched here as it meant a better pitch and we can't blame anyone but ourselves.

"We've still given ourselves an unbelievable chance to achieve something this season. Tonight's a setback, but we've got to bounce back at Grimsby on Saturday."