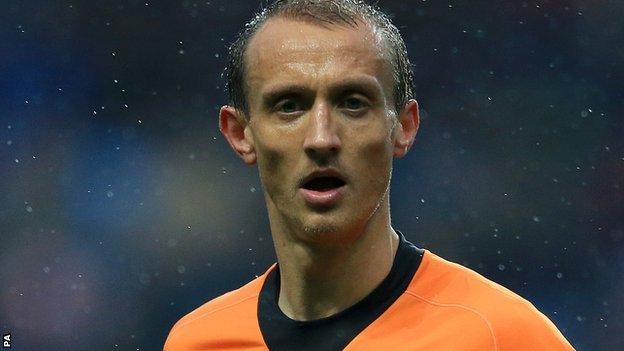 Town edged a dull first half in which both teams struggled to create chances.

The Spireites improved after the break and were the more threatening, with Jack Lester shooting just wide.

But Benson snatched the points and ensured the Robins moved up to third when he headed in a Billy Jones cross.

Chesterfield are now 14th in the table, 11 points adrift of the play-offs.

"It wasn't pretty to watch and it wasn't too pretty to play in.

"It shows the importance of staying in the game. We defended magnificently and I thought they were immense.

"They won us the game because they kept us in the game.

"It goes to show you can do nothing in 90 minutes and then pop up with the winner - that's the beauty of being a centre forward."

"I've got no problem with the lads. Everyone loses games and tonight we've lost."

"We respect Cheltenham, because they're a very strong side, but our keeper has not had a shot to save."

"We've come under no pressure and at the minute we can't score."

"Sometimes when you go on these runs of not scoring, it seems to get harder and harder."