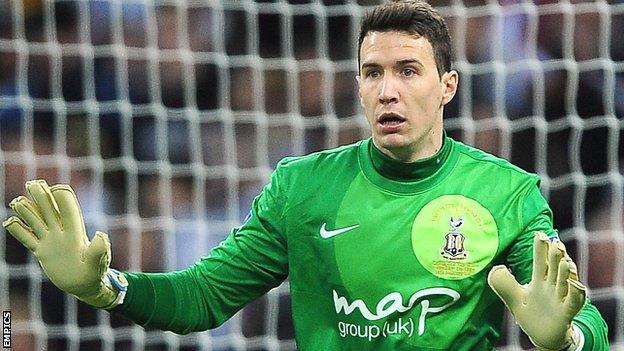 Second-placed Vale, who missed the chance to go top, went close through Louis Dodds, while Tom Pope's header forced a fine save from McLaughlin.

Bradford pressed after the break and James Hanson saw his header tipped onto the crossbar by Chris Neal and then had a shot cleared off the line.

Vale's Doug Loft was sent off for violent conduct in injury time.

Pope had earlier missed two chances to win it for the hosts as he put a header wide and was also denied by McLaughlin in stoppage time.

Bradford, who have at least two games in hand on many of the teams above them, climb to 10th and are nine points adrift of the League Two play-offs.

It was a first 0-0 of the season at home for Vale, who have only won once in their last six matches