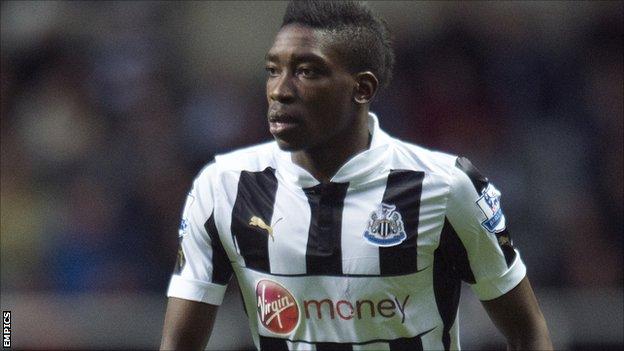 Newcastle United manager Alan Pardew has said he would back a loan move to Middlesbrough for winger Sammy Ameobi.

The 20-year-old has made 14 appearances this season but has not featured for the Magpies first team since January's Cup exit by Brighton & Hove Albion.

Pardew said: "We are going to talk to Middlesbrough. I would like to help them out if they want him and hopefully we can conclude that."

Boro are currently seventh in the Championship table.