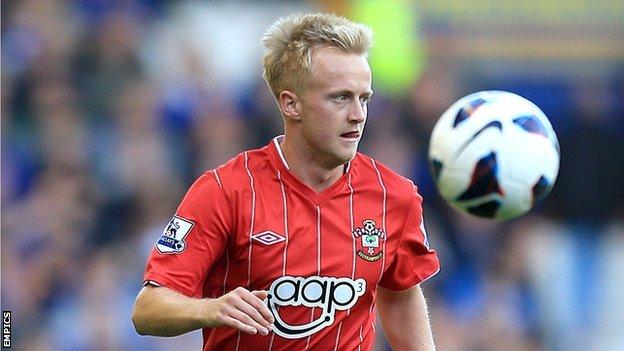 Southend United midfielder Ben Reeves is unsure whether he will still be at the club for April's Johnstone's Paint Trophy final, despite scoring the goal that sent them to Wembley.

The 21-year-old's loan from Southampton expires at the end of the month.

And when asked if he will be extending his stay, he told BBC Look East: "I'm not sure yet.

"I'm not sure if that's down to me. I'll have to wait and see. I want to play at Wembley."

Reeves, who has 13 senior Saints appearances to his name, has played six times since joining the Shrimpers at the end of January.

And he became an almost instant hero at Roots Hall when he scored the 90th-minute goal on Wednesday night that saw Southend through their on aggregate and into their first ever Wembley final.

"To score in a semi-final like that is massive. I didn't know what to do when it went in," he said.

"I didn't know how to celebrate. I'm not used to scoring goals that are that important."

Boss Paul Sturrock has said he will look into extending the youngster's spell at the Essex side.