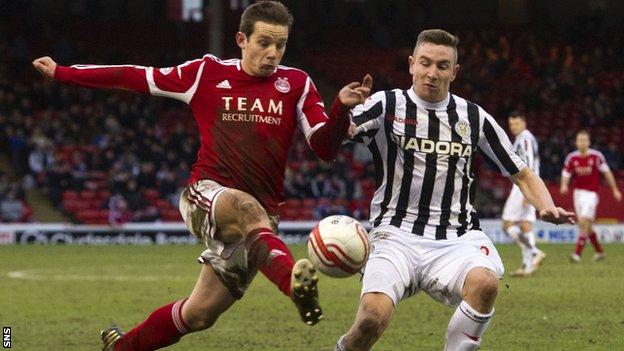 St Mirren chairman Stewart Gilmour has told BBC Scotland his club are extremely disappointed with the state of the pitch at Pittodrie on Saturday.

on the surface, which three days earlier.

Gilmour feels the surface made it difficult for both teams to perform.

Aberdeen say they are doing everything they can to maintain the pitch and have had the elements against them.

And the Dons intend to have work done on the surface during the close season.

Since the pitch was re-laid in 2004, Aberdeen have not had a game postponed as a result of having an unplayable surface.

The Scottish Premier League were unwilling to comment on the matter until the match delegate's report is out, which is expected on Tuesday.