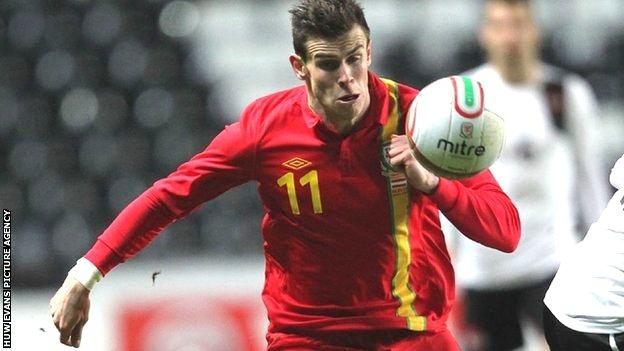 Wales manager Chris Coleman praised Gareth Bale after his latest starring role in the 2-1 win over Austria in Swansea.

Bale scored one and made a second for Sam Vokes as Wales recorded just their second win in seven games under Coleman's stewardship.

The manager was happy with his team's grit and determination, but reserved special praise for the Tottenham star.

"There are not many players that can do what he does," said Coleman.

"The cross for the second goal was great, he is such a threat and we know when we have him in the team we can afford to go without the ball for periods because he is such a danger when we get it to him.

"You could see in the first half even when we were under it a little bit and we won the ball and we got it out to Gareth.

"He beat the full back and he got past the centre half and then the next time we got it... they drop off deeper and it opens up the midfield and we get our passes off."

Bale's first half strike was his fourth goal in as many games for Wales, but Coleman does not believe they are a one-man team.

The former Swansea and Crystal Palace defender said his side showed character against an Austrian side that troubled them for much of the game.

He said the influence of Craig Bellamy, playing an international for the first time since last August, gave Wales added steel.

"In defence as a unit we worked our socks off and I think we restricted them much better in the second half than we did first half," said Coleman.

"When we got the second goal we just kept it nice and tight, nice and solid and of course with 15 minutes to go they nick one and then you're always a little bit nervous, but I thought we showed different qualities tonight.

"And having Bellers [Bellamy] back as well - even when he hasn't got the ball he still a threat because the centre-halves are wary of him.

"It was just a good all-round performance from the guys. We got the result, we got the win. And that's what we're here for."