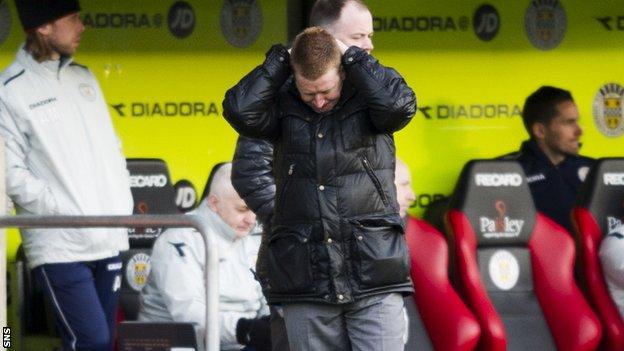 "It's been our Achilles heel most of the season," Lomas told BBC Scotland.

"We're out the cup because we haven't taken our chances. We could've had five goals with the chances we had."

He added: ""We thought we'd cured that with five goals in the previous two games."

A double from St Mirren's Esmael Goncalves ensured the Perth side went no further than the fifth round.

"I feel very sorry for the fans because we desperately wanted a cup run," Lomas said.

"Goals change games and we should've been going in 2-0 up at half-time.

"You've got to take your chances when you get them."