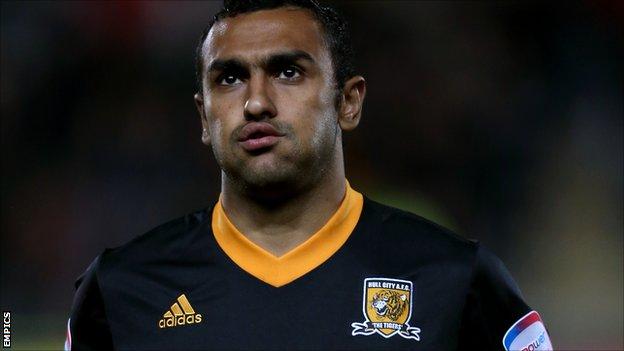 Hull City have re-signed Sunderland winger Ahmed Elmohamady and brought in Al Ahly's Mohamed Nagy and Ahmed Fathi on loan until the end of the season.

Elmohamady, 25, joined the Tigers on a season-long loan in August and played 23 games before being recalled earlier this month.

Striker Nagy, 28, is also known as Gedo and has scored 17 goals in 32 international appearances.

Fathi, also 28, has previously played in England for Sheffield United.