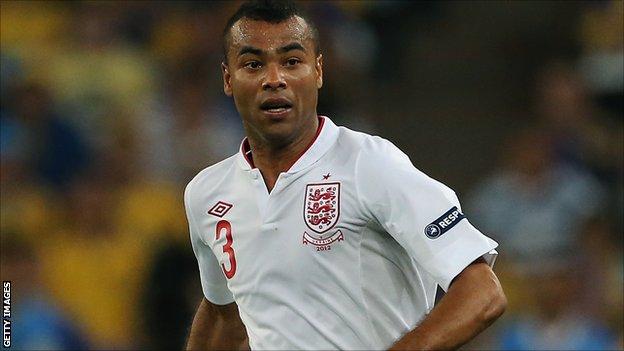 Chelsea's Ashley Cole is set to win his 100th international cap after being named in England manager Roy Hodgson's squad to face Brazil on 6 February.

Left-back Cole, who made his England debut against Albania on 28 March 2001, has been named in a 24-man squad.

The most notable exclusion was Tottenham's Scott Parker.

Parker is now fit again after returning from Euro 2012 with an Achilles injury, but Hodgson has deemed he is not yet ready to return to the International set up.

As expected youngsters Raheem Sterling, Jonjo Shelvey and Wilfried Zaha are all excluded and instead named in the Under-21 squad to face Sweden on 5 February, while Hodgson has taken the unusual step of naming only two goalkeepers - Joe Hart and sought-after Birmingham youngster Jack Butland.

Manchester United defender Chris Smalling is called up for the first time during Hodgson's tenure after recovering from injury, but his team mate Phil Jones is omitted from the senior squad and named in Stuart Pearce's Under-21 set up.