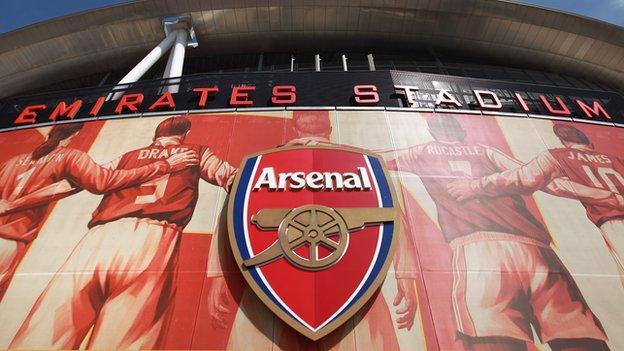 Arsenal have announced they will not be raising ticket prices for the 2013-14 season.

The club's board made the decision based on an assessment of the current economic situation, together with feedback from supporters' groups.

The freeze applies to all match ticket prices, including season tickets and reduced-price Capital One Cup games.

The ticket price freeze comes shortly after the publication of a report from the Commons Culture, Media and Sport Committee, which warned that English football must introduce a number of reforms within a year, including a policy on ticket prices, or face government intervention.

A BBC Sport study last year revealed the Londoners had the most expensive ticket prices in the Premier League.

Earlier in January, some Manchester City fans boycotted the game against the Gunners at Emirates Stadium in protest at the £62 ticket price.