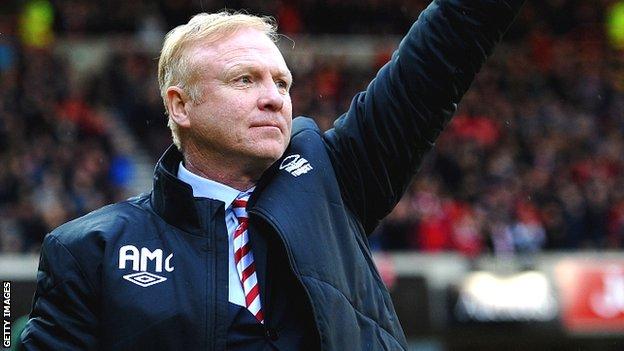 Nottingham Forest manager Alex McLeish says he still wants to bring new faces to the club before the end of the transfer window.

McLeish, who signed last week, watched his side lose 3-0 to Watford on Saturday.

"You can see we need a little bit of help. We look one-paced and we could be doing with an injection somewhere in the team."

Forest were a point off the Championship play-offs when McLeish took over from Sean O'Driscoll last month.

But a run of one win in five matches has seen them fall off the pace, and they are now six points adrift in 10th place.

"We will keep working hard to see who we can bring in over the next few days," added McLeish.

"It would be nice to make a few additions.

"I tried for a player in the week and he chose to go somewhere else, so that was a bit of a blow.

"We will keep working hard to see who we can bring in over the next few days.

"Hopefully we can get the Forest fans some cheer."