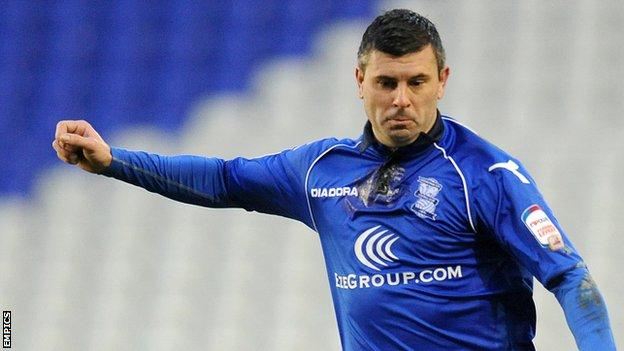 Birmingham City have given defender Paul Robinson a new contract until the end of the season, despite their current financial problems.

Blues are currently open to offers for any of their first-team players, as they look to reduce their wage bill.

However 34-year-old Robinson, whose previous contract ended on Sunday, has penned a new deal at St Andrews.

The ex-Watford, West Bromwich Albion and Bolton Wanderers man has played 21 games since signing in September.

Blues have admitted that they are seeking new investment from external sources, after so having failed to publish their financial figures for the past two seasons.