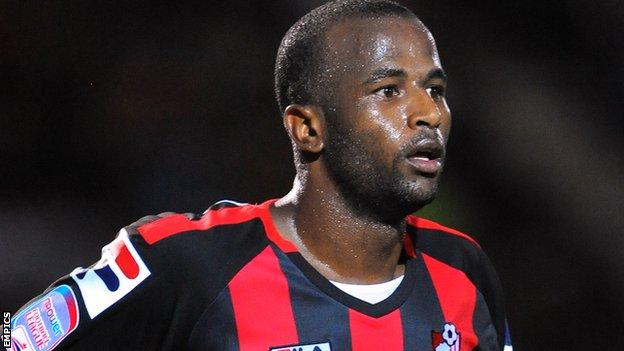 Bury have signed defender Stephane Zubar on loan from Bournemouth until the end of the season.

The Guadeloupe international, 26, will be available for Saturday's League One game at Shrewsbury.

He had spells in French, Belgian and Romanian football before moving to England to sign for Plymouth in 2010.

Zubar, who joined Bournemouth a year later, is Bury's third loan signing of the week following the arrival of Nicky Ajose and Ashley Eastham.