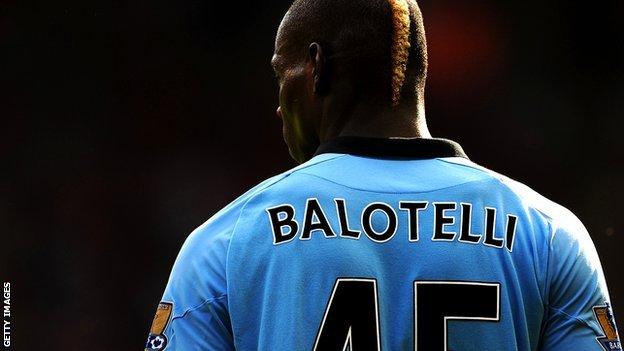 After another transfer window of wheeler-dealing, BBC Sport's chief football writer Phil McNulty analyses the winners and losers as the top-flight's clubs brace themselves for the season run-in:

Key moves in: Nacho Monreal [around £8.3m from Malaga]

Phil McNulty's analysis: "Arsene Wenger is notoriously cautious about buying in January and, despite links with powerful midfielders such as West Ham's Mohamed Diame and a world-class striker in Barcelona's David Villa, he only chose to strengthen with the deadline day addition of Malaga left-back Nacho Monreal. The move appeared to be forced by another injury to Kieran Gibbs and a refusal to rely on his calamitous understudy Andre Santos - so limited Arsenal activity."

McNulty's verdict: "Wenger has cured a problem with the signing of the highly rated Monreal but do Arsenal still remain too lightweight in central midfield?"

Phil McNulty's analysis: "Randy Lerner gave manager Paul Lambert more than £20m in the summer so there was never going to be any huge outlay in the January window. Villa fans will be very concerned, however, that Lambert was only able to bring in unproven 22-year-old midfield man Yacouba Sylla from French second division side Clermont Foot and Simon Dawkins from Spurs on loan. Former Spurs manager David Pleat has been impressed by Dawkins and he has done well on loan at San Jose Earthquakes."

McNulty's verdict: "Villa have lacked leadership and experience in a desperate campaign. These deals do not solve either of those problems and they face a real battle to stay in the Premier League."

Key moves in: Demba Ba [undisclosed, believed to be £7m, from Newcastle]

Phil McNulty's analysis: "Always going to be a quiet window for Chelsea with interim manager Rafael Benitez in place. The addition of Demba Ba was a straight replacement for Daniel Sturridge following his £12m departure for Liverpool. Unlikely to transform Chelsea into title contenders - the next raft of changes will come when the next long-term manager is established."

Phil McNulty's analysis: "Frustrating window for Everton and manager David Moyes. They believed they had pulled off a real coup by signing FC Twente's Leroy Fer in an £8.6m deal only for his medical to reveal a knee problem that forced the transfer to collapse. A move for Sevilla's Alvaro Negredo failed to materialise and the only addition was Barnsley teenager John Stones. One for the future and unlikely to play a major role this season.

"The big plus for Everton is that two of their highly-prized stars, Marouane Fellaini and Leighton Baines, remain and will play a vital role in the rest of the season."

McNulty's verdict: "Everton needed to add numbers to a thin squad but the fates conspired against them. Big worry that injuries could impact on their hopes of finishing in the top four."

Phil McNulty's analysis: "Fulham manager Martin Jol will be pleased to have fleshed out his squad as he tries to ensure Premier League safety. He has signed a player of pedigree in AC Milan's Urby Emanuelson and his squad has a stronger look about it as the window closes."

McNulty's verdict: "Good window for Fulham and Jol will be confident of improvement."

Phil McNulty's analysis: "Liverpool corrected the errors of the previous window by signing a striker early in January with the £12m arrival of Daniel Sturridge. He has already made an impact and Brendan Rodgers is also pleased with the addition of Philippe Coutinho from Inter Milan.

"Joe Cole and Nuri Sahin departed but their contributions were marginal at best and will not be missed."

McNulty's verdict: "Very good window for Liverpool and another stage in their development."

Phil McNulty's analysis: "Only one headline - goodbye Mario Balotelli as he returned to Italy with AC Milan. End of a brief and always eventful stay in England. Had not contributed enough this season for there to be too many regrets but Roberto Mancini will hope injuries do not befall Edin Dzeko, Carlos Tevez and Sergio Aguero."

McNulty's verdict: "A striker light but still a squad capable of winning the Premier League."

Phil McNulty's analysis: "Sir Alex Ferguson has never been a fan of the January window but he took the opportunity to place another building block for the future with a £15m deal for Crystal Palace's Wilfried Zaha, who will join in July. An exciting talent and another addition to United's attacking resources."

McNulty's verdict: "Ferguson happy with his United squad as they top the table by seven points - and the lack of incomings proved it."

Phil McNulty's analysis: "Alan Pardew explored the French connection with five new arrivals to pep up his struggling Newcastle side and the signs were good in the victory at Aston Villa. The departure of Demba Ba was a major blow but Pardew received the backing of owner Mike Ashley to strengthen all-round. Mathieu Debuchy is a right-back of real quality and Moussa Sissoko's power and energy looks like it could suit the Premier League perfectly."

McNulty's verdict: "Ba's loss a blow and new arrivals have an element of a gamble, but this is a squad that looks more fit for purpose than it did at the turn of the year."

Phil McNulty's analysis: "Chris Hughton will be disappointed that his January pursuit of Celtic striker Gary Hooper failed to come to fruition but The Canaries will hope Luciano Becchio can transfer his natural goal instincts from the lower divisions to the Premier League after his move from Leeds United."

McNulty's verdict: "Norwich need goals so pressure on Becchio to deliver. But is he Premier League class?"

Phil McNulty's analysis: "Turbulence around west London as Harry Redknapp revamped his squad in a bid to beat the drop. The huge financial commitment, especially in the £12.5m deal for Chris Samba, means relegation is now not an option. Loic Remy is required to score the goals and Samba to stop them. Suffered disappointment as deals for Peter Odemwingie and Peter Crouch failed to materialise."

McNulty's verdict: "QPR owner Tony Fernandes has not held back from supporting Redknapp and the club's future may rest on the success of this month's investment."

Phil McNulty's analysis: "Cautious investment by Reading to build on recent improvement. Hope Akpan and Nick Blackman are players who Brian McDermott will hope can improve Reading now - but they can play a part in the future, whether they stay up or not."

McNulty's verdict: "Solid rather than spectacular but still a real feelgood mood around Reading with genuine hopes of Premier League survival now."

Phil McNulty's analysis: "The biggest move for Southampton in January came in the manager's office, where Nigel Adkins was harshly removed and replaced by Mauricio Pochettino. Despite the shock, early signs have been good and transfer activity was limited to the arrival of defender Vegard Forren from Molde in Norway."

McNulty's verdict: "Pochettino is a coach with a big reputation but he has a hard and popular act to follow. Big decision for Saints to take in January - and a lot riding on it."

Phil McNulty's analysis: "Stoke held on to Peter Crouch, despite interest from QPR, and Kenwyne Jones, who attracted interest from Swansea. Big pluses in the signing of Birmingham City goalkeeper Jack Butland, securing that position for the future, while manager Tony Pulis has exploited the United States market again to sign international winger Brek Shea from FC Dallas."

Phil McNulty's analysis: "Danny Graham was the big arrival in a £5.5m deal from Swansea City and manager Martin O'Neill will be banking on him forming a potent partnership with the prolific Steven Fletcher."

McNulty's verdict: "With Alfred N'Diaye arriving from Bursaspor and Kader Mangane from Al Hilal, O'Neill has added numbers as well as attacking threat to his squad by also signing Graham. He will be satisfied."

Phil McNulty's analysis: "A quiet month for the Swans, although manager Michael Laudrup has lost striker Danny Graham. Michu is now the main man and he will hope Roland Lamah, a loan signing from Osasuna will add more potency."

Phil McNulty's analysis: "Relatively quiet window for Spurs but many fans will fear they could eventually be undermined by the failure to sign another striker. Nacional's Leandro Damaio was a target but to no avail. Lewis Holtby is a very shrewd signing from Schalke 04, with Spurs able to bring the deal forward from July to January."

McNulty's verdict: "Uneventful by Spurs standards - and should they have signed another striker? Time will tell."

Phil McNulty's analysis: "West Brom held on to Peter Odemwingie but at what cost after the acrimony of his failed move to QPR? This saga even included Odemwingie turning up apparently uninvited at Loftus Road hours before the deadline, provoking a very angry response from The Baggies."

McNulty's verdict: "West Brom must hope their hardline stance on Odemwingie does not disrupt a squad that has done so well this season."

Phil McNulty's analysis: "Disappointment on the final day as a deal to sign Blackburn keeper Paul Robinson faltered but great delight that Mohamed Diame is still at Upton Park after so much speculation surrounding the release clause in his contract that clouded his future. Joe Cole and Marouane Chamakh are players with points to prove."

McNulty's verdict: "No news is good news for the Hammers in January. Diame stays and that could prove crucial."

Phil McNulty's analysis: "An old favourite returns as Paul Scharner is back on loan from Hamburg while manager Roberto Martinez has high hopes for Angelo Henriquez, the teenage Chilean striker signed on loan from Manchester United."

McNulty's verdict: "More strength in depth added by Martinez to set Wigan up for the rest of the season. Now can he find the consistency?"