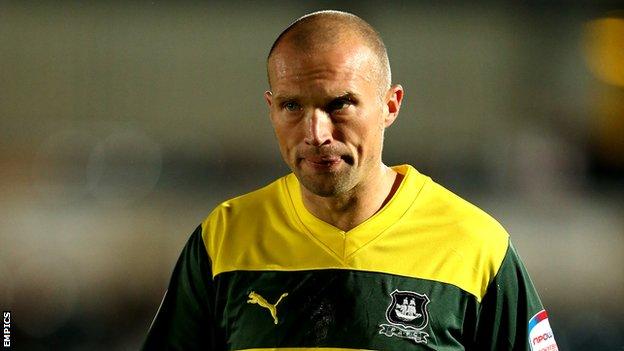 Plymouth Argyle could be without Northern Ireland international striker Warren Feeney for up to two months.

The 31-year-old suffered an ankle injury early in last Saturday's manager John Sheridan's first game in charge at the club.

Sheridan has moved quickly to fill the gap, signing Reading's Gozie Ugwu on a month's loan.

The 19-year-old has spent most of this season on loan at Yeovil Town and scored three goals for the Glovers.

Sheridan was short up front with Nick Chadwick and only Welsh striker Rhys Griffiths and youngsters Ronan Murray and Tyler Harvey available.

But all three have limited Football League experience, with Griffiths joining the club in the summer from the League of Wales and making only seven starts so far.

Harvey, 17, has played only five games for the club, starting twice, while 21-year-old Murray only has played just twice all season.

But he has found goals hard to come by at Home Park, scoring just six times in 52 games, and has not hit the net since September.