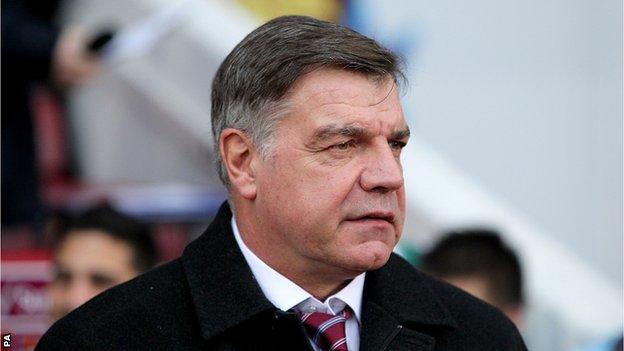 West Ham manager Sam Allardyce has accepted substantial damages from Steve Kean over claims he was sacked by Blackburn because he was a "crook".

Allardyce's solicitor said Kean accepted the allegation was completely untrue, withdrew it, and agreed to pay an undisclosed sum.

Kean, who replaced Allardyce at Ewood Park in December 2010, made the remarks on a tour of Hong Kong in 2011.

Blackburn have already made an apology to Allardyce.

Allardyce's solicitor, Hanna Basha, told the High Court that the "false and defamatory" allegation was made while Kean was drinking in a bar.

Kean's comments were recorded on video, posted on YouTube and reported in national newspapers.

Kean's counsel, John Mehrzad, offered his apologies for the hurt and distress caused and said he was pleased to set the record straight.

Blackburn had settled their dispute with Allardyce on 8 January and were not a party to Wednesday's statement in court.

The Championship club said in a statement on their website at the time: "Mr Kean was in a bar and falsely alleged that Sam Allardyce was sacked because he was a crook.

"This is completely false and we apologise to Mr Allardyce for the embarrassment and distress caused."