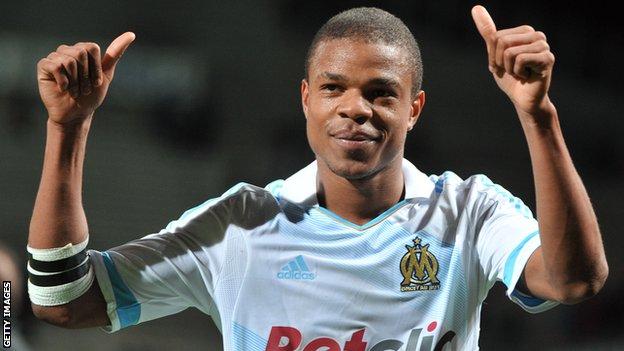 Remy, 26, has agreed a four-and-a-half-year deal with the Premier League's bottom club.

The former Lyon forward has won 17 caps for France and scored four goals.

Rangers manager Harry Redknapp told the club website: "I'm delighted to bring him in - he's a great buy for us. He's got the potential to be a really outstanding striker."

He was also a target for Newcastle, who had expected him for talks on Sunday only to discover he had travelled to Loftus Road instead.

Redknapp added: "I didn't think we'd get him to be honest but [chairman] Tony Fernandes worked ever so hard on this.

"He wouldn't give up on it and it's great that we now have him here with us.

"He's always been a player I've admired. I've watched him on so many occasions throughout the last few years.

"I actually spent three or four hours with him last year so he knew what I thought of him, and I think that was important.

"He's quick, can score goals and makes great runs. His movement is excellent. He's got the potential to be a really outstanding striker."

Remy, who has scored three goals in 19 appearances for Marseille this season, said: "Harry played a big part in me coming here.

"I spoke to him and Tony Fernandes at length and they made it clear they wanted me here. They gave me the right motivation to join QPR.

"I want to develop my game here. This season the objective is to stay up but beyond that we have greater objectives.

"After seven years in France, this is the right time for me to pursue a new challenge in the Premier League - the best league in the world.

Rangers' previous transfer record was Djibril Cisse, bought for £4m in January 2012. Junior Hoilett was signed for £3m rising to £4m with add-ons in July 2012.