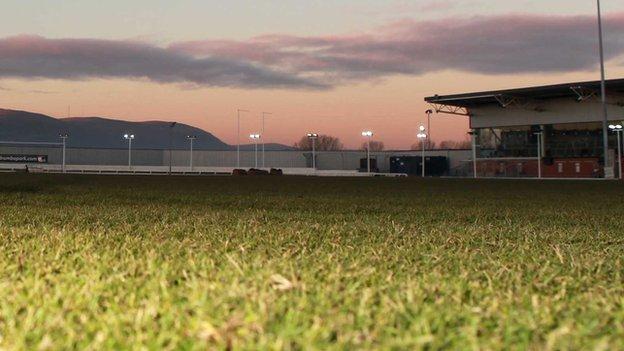 Tuesday night's Irish Premiership match between Lisburn Distillery and Portadown has been postponed.

After a mid-afternoon pitch inspection at New Grosvenor, it was decided the match could not go ahead because of a frozen playing surface.

It is the second time the fixture has had to be called off as it was originally scheduled for 22 December, but the pitch was waterlogged.

A third attempt to play the game will be made on Tuesday, 22 January.

There are four other Premiership games arranged for Tuesday night.