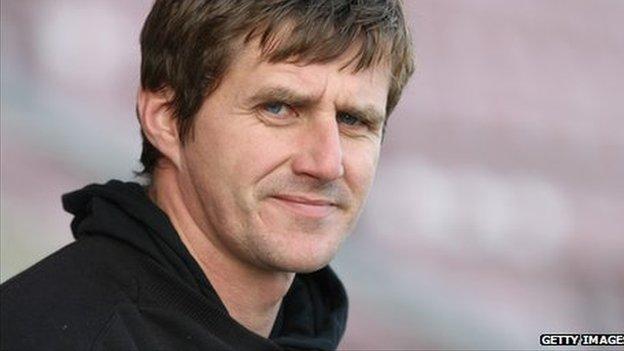 The Lambs, who have won just once in six league games to slip to within four points of danger, missed out on a place in the FA Trophy quarter-finals when they lost 2-1 at Gainsborough.

Law was sacked after a Monday morning meeting with chairman Bob Andrews.

His number two Dale Belford has been appointed caretaker manager.

Assistant manager Belford's appointment is for "the foreseeable future", said a club statement.

It added: "Details of an assistant will follow as and when any changes are made."

Law took over from Belford in May 2011 when he left after just eight months in charge of Kettering to take over at The Lamb.

The highlight of his season and a half in charge was the FA Cup third round trip to Everton this time last season.

But the club statement said: "Since then, results have not gone well and, as a result, it was felt that a change was needed to ensure the club retain their Conference Premier League status."