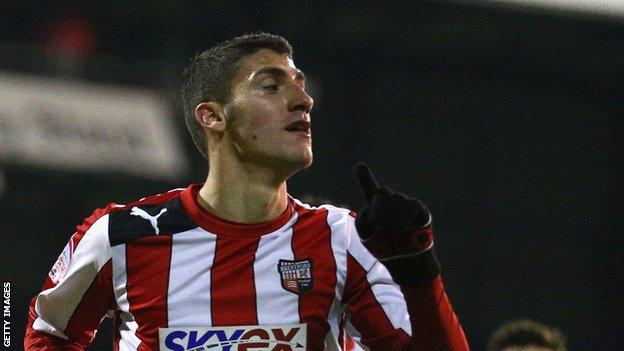 League One side Brentford have extended the loan stay of Fulham's Marcello Trotta until the end of the season.

The 20-year-old striker has scored three goals in nine appearances since joining the Bees in November.

Trotta has also set up five goals and has not been on the losing side during his time at Griffin Park.

The Italy Under-19 international joined Fulham as a 16-year-old in 2009 having been on the books of Napoli and Manchester City as a youngster.