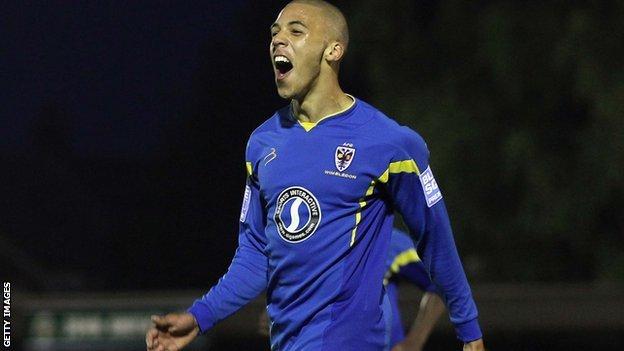 Newport County have signed striker Christian Jolley from AFC Wimbledon on a two-year-deal.

The forward scored five goals in five league goals during a loan spell at Rodney Parade.

But County had failed in an earlier bid to sign Jolley after he was recalled by AFC Wimbledon.

Newport's league rivals Luton Town and Forest Green Rovers were both linked with Jolley, but he has signed for the Welsh side for an undisclosed fee.