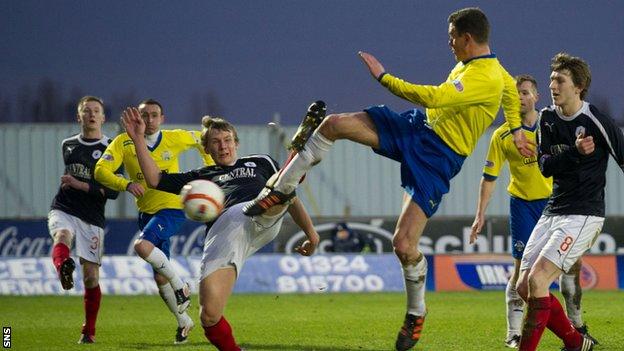 Martin Hardie netted the only goal as Morton won at Falkirk to move top of the First Division.

In a close contest, Hardie volleyed high into the heart of the goal from 10 yards on 64 minutes.

The first half was a scrappy affair with very few clear-cut chances for either team.

The visitors had the best opportunity to break the deadlock in the 14th minute when MacDonald drilled in a shot from 20 yards out but it was pushed away by Michael McGovern.

Falkirk flew out of the blocks in the second half and very nearly took the lead through Grant four minutes after the restart, but his free kick from range was tipped round the post by Derek Gaston.

Hardie's volley then proved decisive as the visitors held on for maximum points.