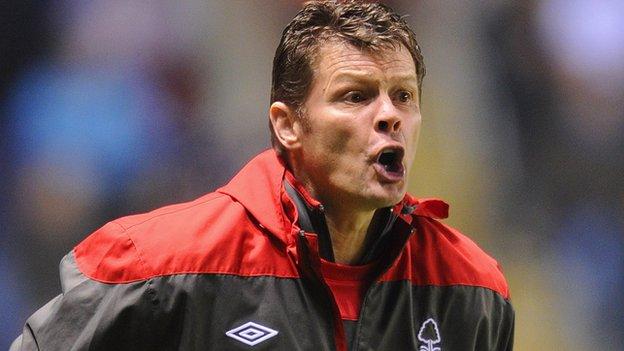 A QPR spokesman said it was "an open-ended arrangement" with no fixed timescale.

Cotterill, who has managed six clubs, was sacked by Forest in July 2012 after nine months in charge.

QPR, who were without a win this season in the Premier League before Redknapp took over in November after the departure of Mark Hughes, have since secured nine points from nine matches, including a shock 1-0 win at Chelsea on 2 January.

"Steve Cotterill has just come in on a short-term deal to help us out. He's bright and has got something to offer," said Redknapp.

"He'll spend his time with the rest of the backroom staff. We need as many people helping us out as possible."

Cotterill began his career at Cheltenham, leading them out of the Conference in 1999 and then to promotion to League One three years later.

He had a short spell as Stoke boss and was then assistant to Howard Wilkinson at Sunderland before spending three years at Championship side Burnley.

He led Notts County to the League Two title in 2010 during a three-month stint at Meadow Lane, before taking over at Portsmouth in June of that year.

Pompey finished 16th in the Championship in Cotterill's one full season in charge before he replaced Steve McClaren at Forest, helping the club avoid relegation by finishing 19th but leaving in July last year following the takeover by the Al Hasawi family.