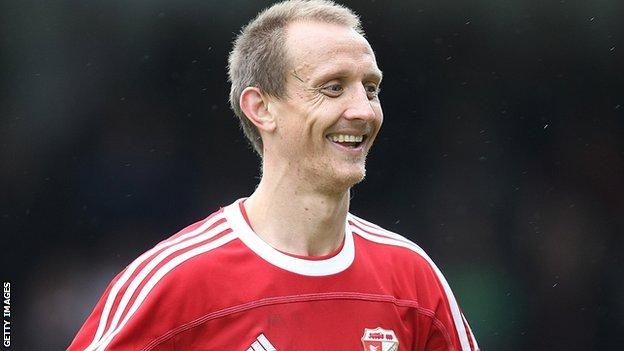 Swindon have stopped Paul Benson from extending his loan at Portsmouth.

The 33-year-old striker's deal at the administration-hit club is due to end next week and Benson is keen to stay at Fratton Park.

But Town manager Paolo Di Canio told BBC Wiltshire: "We won't give him a chance to stay at Portsmouth.

"He fits in there because he gets to play regular football in front of thousands of people, but I can't make him happy and not get anything."

He is really lucky to have two big options. He has to think about it.

The Italian continued: "With respect to Portsmouth, we can't give a gift away."

Benson, who is contracted at the County Ground until the summer of 2014, was offered a permanent move to League Two Bradford City but turned it down.

Cheltenham Town were also linked with the forward, although manager Mark Yates refuted the claims earlier this week.

Benson was a regular in Di Canio's title-winning squad last season, scoring 13 goals in 29 appearances, but has fallen out of favour this term.

"He is a fantastic lad. He was fantastic last year as a player and professional," added the Swindon boss.

"We received a very good offer, in my opinion, but he said no. He hoped that we would help him to remain there (at Portsmouth).

"He received another offer. One was far away and one was close. He is really lucky to have two big options. He has to think about it."