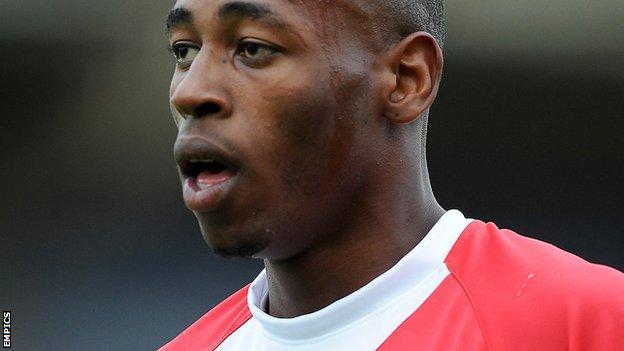 But the Cod Army met a release clause in his new deal and Fleetwood chairman Andy Pilley has revealed that Matt has become the club's record purchase.

"He's one of the hottest properties outside the league," boss Graham Alexander told BBC Radio Lancashire.

"He's something that we haven't got at the club at the moment. He was our number one target to come and fill that void. Luckily for us, we've got him.

"It's a great club for him to join and further his career."

The fee for Matt could ultimately double what which was believed to be in the region of £150,000.

Kidderminster have confirmed that it is their highest ever initial fee for a sale, beating the £200,000 they received for Lee Hughes from West Brom in 1997.

And although the size of the fee has not been disclosed, Pilley said it is "considerably more than any other previous transfer" at Fleetwood.

Naturally we do not wish to lose Jamille's services, but we accept that this move is potentially a very fruitful one for him

A scorer of eight goals in eight league games this season, Matt is likely to make his debut for Fleetwood against Bristol Rovers on Saturday.

Matt only returned to action in November, having not played since February because of issues over his work permit.

Kidderminster chairman Mark Serrell was surprised the former Sutton Coldfield Town man would be leaving Aggborough so soon after agreeing a new deal.

"We included a clause within Jamille's new agreement.

"It was designed to offer the club a little more security and, in our view, hopefully keep him with us for at least the foreseeable future," Serrell told the club website.

"We had not envisaged at all that any club would meet the criteria of that clause quite so soon, but Fleetwood Town have done so.

"Their officials made an approach properly and through the correct channels which we commend.

"Naturally we do not wish to lose Jamille's services, but accept that this move is potentially a very fruitful one for him and we wish him well with whatever he decides to do."